The School District of Philadelphia will remain closed through at least April 6.
Read more in the letter from Dr. Hite HERE.

March 26: The District announced their plan to provide a Chromebook to every student who needs one for learning at home. More information is HERE.

Grab-and-go meal sites continue to operate for our students. Updated locations and times are HERE.

K-12 Learning Guides continue to be available online and at meal sites. A new set will be available starting Wednesday March 25. More info is HERE.

We now have an email address (covid19info@philasd.org) and SDP Hotlines in 10 languages for Learning Guide support and general questions. More info HERE.

Answers to Frequently Asked Questions are being added regularly, HERE.

Please visit our Coronavirus Information Hub often for the most up-to-date information. 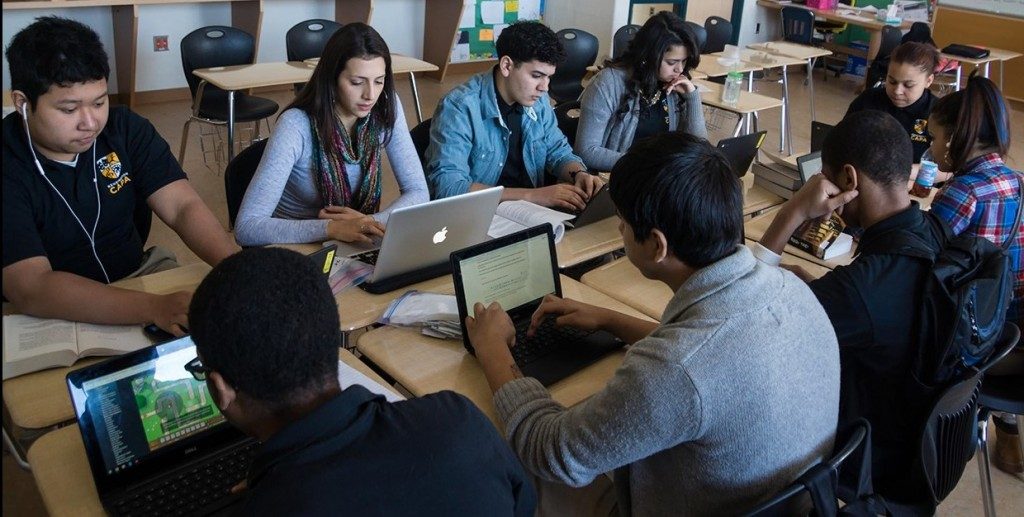 DISTRICT ANNOUNCES PLAN TO IMPROVE ACADEMIC OPTIONS FOR MORE THAN 5,000 STUDENTS AT 15 SCHOOLS

PHILADELPHIA—Today, Superintendent William R. Hite announced a series of recommendations to enhance and improve educational opportunities for more than 5,000 students in The School District of Philadelphia.

In line with the School District’s focus on equity, the changes are designed to provide more students with better school options close to where they live using the System of Great Schools process outlined in Action Plan 3.0.

As described below, the proposals, which impact approximately 15 schools, would expand successful school models, launch new in-District turnaround efforts, create innovative schools in underserved neighborhoods, consolidate schools and reconfigure grade spans. In addition, the District seeks to continue the Renaissance Charter Schools Initiative to transform chronically underperforming schools.
“This is an exciting step forward in achieving our mission of having great schools in every neighborhood,” said Dr. Hite. “These recommendations address parental demand for better academic programs in safe, familiar environments while presenting rigorous and engaging opportunities for students.”

The non-selective admission SLA-MS would open for the 2016-17 school year in partnership with Drexel University and primarily serve as the catchment middle school for Samuel Powel Elementary School in West Philadelphia. The fifth- through eighth-grade school would use a “grow a grade” model, beginning with 90 fifth-graders next fall.

SLA, an inquiry-driven, project-based, award-winning high school, originated in Philadelphia nearly a decade ago as a partnership with the Franklin Institute. There are now two campuses in Center City and at Beeber Middle School. The curriculum focuses on science, technology, mathematics and entrepreneurship.

The second new school, Big Picture High School, would offer project-based learning and internship opportunities through a nationally recognized model for small innovative schools. The school would be open admission, starting with 125 ninth-graders next fall and growing to 500 students at full enrollment. The District opened three similar schools – Building 21, the U School and the LINC School – in 2014 through the Office of New Schools.

These recommendations will create new options for 860 middle and high school students at full capacity.

The District is also seeking to reinvest in and expand its capacity to turn around chronically low-performing schools. Up to three schools will be considered for in-District turnaround, using a school improvement framework that supports students, teachers and families.

The selected schools will be announced in early 2016. Any changes would take effect during the 2016-17 school year.

The turnarounds are expected to impact approximately 1,800 students.

In addition, school consolidations and grade reconfigurations are proposed to improve middle school offerings.
The District recommends that Dimner Beeber Middle School in West Philadelphia be phased out over the next two years. Beeber will not accept an incoming seventh-grade class next year. Current seventh-graders will be able to remain at Beeber for eighth grade to complete their middle school experience. Beeber would then close at the end of the 2017-18 school year.

Under a proposed grade reconfiguration at Beeber’s three feeder elementary schools, Overbrook Elementary, Samuel Gompers Elementary and Lewis C. Cassidy Academics Plus School would add seventh grade, allowing current sixth-graders to remain at their respective schools for 2016-17. A long-term middle school plan for each school is under development.

An expansion to eighth grade is recommended for Leeds’ feeder elementary schools, Franklin S. Edmonds and Samuel Pennypacker, which are currently kindergarten through fifth grade schools. Current Pennypacker and Edmonds students would remain at these schools through eighth grade.

The elementary feeder schools for Beeber and Leeds have higher climate, academic performance and parent choice rates. If approved, the recommendations would give more than 500 students new middle school options over the next three years.

Although Beeber and Leeds would close, both buildings would continue to house District-operated schools. Current Beeber and Leeds students would have the opportunity to graduate from their school or remain in the same building.

In response to public feedback from past Renaissance efforts, parents and families will have more time to consider their options and work through the transition. Schools under consideration for Renaissance conversion were previously announced in early spring. Under the new timeline, the School Reform Commission will vote in January on new operators for the schools.

“Over the past five years, many students at our Renaissance Charter Schools have made substantial gains in reading and math proficiency,” said Dr. Hite. “Attendance at these schools has improved and serious incidents have dropped. The Renaissance program has rapidly transformed several struggling schools into good schools.”

The School District will issue a Request for Qualifications (RFQ) on Oct. 15 to select potential operators. For the first time, parents will be invited to serve on the formal committee that reviews proposals from potential operators. Dr. Hite will make the final match recommendations to the School Reform Commission. Recommended matches between schools and operators will be announced in December.

All Renaissance Charter Schools have specific targets for improved academic performance, school climate and neighborhood attendance rate. The Renaissance recommendations are expected to impact more than 2,000 current and future students.

Overall, these actions build on the District’s vision of giving all students the access to programs and resources needed for future success, said Dr. Hite.

“Our students have incredibly diverse needs that deserve to be met,” said Dr. Hite. “For more than 5,000 students across 15 schools, these proposals represent an opportunity for life-changing learning experiences.”